The Academy Is Closing

We are sorry to announce The Academy will be closing effective May 20, 2020. We appreciate you and your business.

Academy Time:
You are here: Home / Homeschool tips / How to Homeschool Through the Winter Blues

The Winter Blues, sometimes referred to simply as the blues, has an alarmingly high incidence within the homeschool community. Typical onset occurs in late January, when a few dry pine needles wedged into the carpet are all that remain of Christmas joy and New Year’s resolutions have already been challenged. Rapid onset may occur if children in the home have forgotten all their math facts or how to properly hold a pencil.

Symptoms generally include an aversion to flashcards, grammar worksheets, and complicated science experiments. Some sufferers report an overall lethargy that makes it difficult to complete a full homeschool day. Others notice an increase in dreams that include yellow buses, uninterrupted coffee dates, or DVD-based curricula. Severe cases bring actual tears.

One homeschooling mother of five, however, realized she had never developed a case of the Winter Blues. Curious as to what might have inoculated her against the dreaded condition for over a decade, she closely examined her situation and developed a theory of prevention known as Early Planning. The success of this approach appeared to have multiple synergistic components.

Of course, the study author acknowledges the danger of extrapolating from one anecdotal case to the larger population of homeschool moms. Also, the fact that the subject lives in Southern California and has never homeschooled children in the snow cannot be ignored. Nevertheless, Early Planning appears to be an effective and low-cost treatment which is safe for any homeschool mom to try.

The Academy at Bright Ideas Press is a virtual school, offering both live and self-paced classes for middle school and high school students, taught from a Christian perspective. With an array of course offerings and 30 plus teachers. The Academy is perfect for homeschoolers as part of their regular course load or for others who wish to supplement their learning with our vast array of course offerings.

Fantastic! Check your email to confirm your interest and to receive your download! 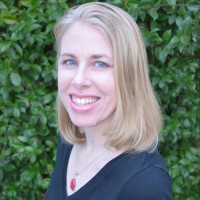 Amy Craven teaches English for the Academy at Bright Ideas Press and is part of their Engage an Expert program. She is also the owner of Quality Writing Svcs., which provides essay grading assistance for homeschoolers as well as general writing, editing, and proofreading services. She earned her BA in English from UCLA and her MA in Education from SDSU. After teaching at her high school alma mater for five years, she and her husband welcomed their first child and she stayed home to raise their growing family. She is now in her twelfth year of homeschooling her five children.